Wajarri Yamaji Aboriginal Corporation (“WYAC”) was established in May 2013 for the Wajarri Yamaji people who have traditional rights in the Murchison area.

WYAC is a registered Public Benevolent Institution (charity) and membership-based association. It receives monies through the Murchison Radio Observatory Indigenous Land Use Agreement as well as more recent mining agreements. These funds are then independently invested and distributed by Winja Wajarri Barna Limited, the Trust.

View our Rules to learn more about how we operate.

Directors meet at least 6 times per year. An Annual General meeting is held within five months of the end of the financial year.

Join us as a Member to receive upcoming meeting notices and Wajarri Community Office newsletters.

Graham O’Dell is highly qualified and brings a wide range of skills and experience to the CEO role, particularly in native title and business development. His qualifications include:

For the past 12 years Graham has been working within native title as a lawyer. Before coming to WYAC Graham was the acting CEO of the North Queensland Land Council, the native title representative body (NTRB) for north Queensland.

Whilst in Queensland he was also the Principal Legal Officer with the Cape York Land Council.

Before this Graham spent almost 7 years with the Yamatji Marlpa Aboriginal Corporation (YMAC), NTRB for the Pilbara and Yamatji (Murchison/Gascoyne) regions, as the principal legal officer and senior regional legal officer (Pilbara Region).

Whilst he was Acting Principal Legal Officer at YMAC, Graham became familiar with the Wajarri native title claim and has followed the progress of the claim to determination. He is fully conversant with Aboriginal Lore and Culture in the Yamaji region, with specific experience with the Wajarri Yamaji People.

We acknowledge our board of Directors for their commitment to our values and their strategic guidance; delivering access to great programs and community initiatives.

The Wajarri Yamaji Native Title Determination encompasses an area of approximately 85,000 square kilometres in the Murchison and Gascoyne regions of Western Australia.

Each Land Group is represented by a committee of Traditional Owners, called the Land Committees. Those four Land Committee members are as follows: 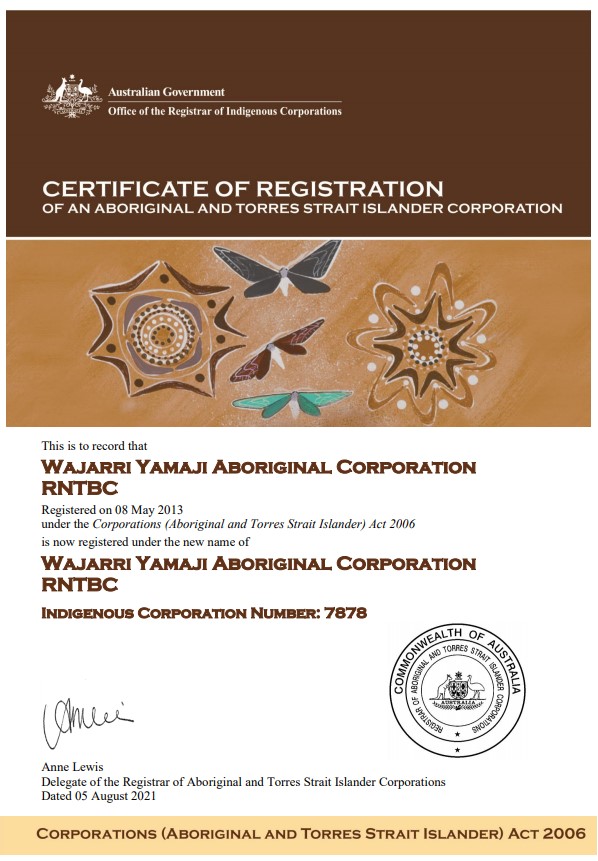 We pay our respects to Wajarri Elders past and present and thank the community for allowing us to serve them as directors of Winja Wajarri Barna Limited. We are excited by the opportunity to deliver the programs set out in this website and to act as good custodians of Wajarri community assets. As Directors we aim to achieve the highest standards of governance  and intend to work with our member, Wajarri Yamaji Aboriginal Corporation, to deliver on our joint mission “Engaging, empowering and investing in Wajarri Yamaji Peoples’ future.”